The 9th Chapter of John 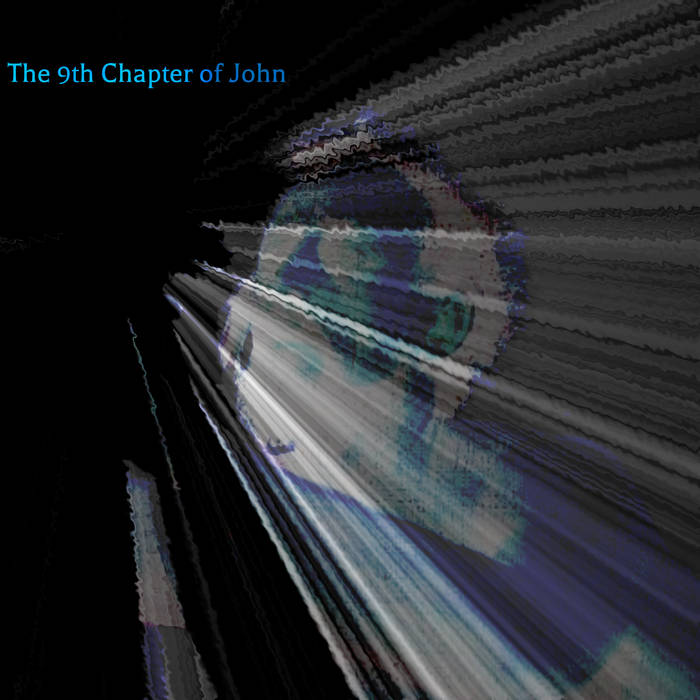 The 9th chapter of the Gospel of John tells the story of Jesus healing a man born blind. It is more than just the story of a miraculous healing though. It cuts to the heart of age-old questions of suffering, sin, and God's justice that have been asked since the book of Job.

"Who sinned, this man or his parents, that he was born blind?" asked the disciples. It seems like a simple question, but consider: If for his parents, is it right that the man should suffer a lifetime of disability (in a culture that did little to accommodate it) for the sake of sins that others committed? If his own, what could a child in the womb possibly do to deserve such punishment?

It is a question built on a presumption: that suffering is a deserved punishment for sin. This same thought is echoed by the friends of Job:

"Who that was innocent ever perished? Or where were the upright cut off? As I have seen, those who plow iniquityand sow trouble reap the same."

They insist to him again and again, the evil suffer and the good are rewarded. Therefore, where there is suffering, there must have been evil.

"It was not this man who sinned, nor his parents. But that the works of God might be displayed in him."

I have spent many an hour contemplating the meaning of these words. While a cursory interpretation might be that God allowed this suffering merely to afford Jesus the opportunity to show his power, the precise nuance of these words means a lot to the parent of a child born with a disability. What does it mean "displayed *in* him"? What are the "works of God"? What does this mean for those who are not miraculously healed?

In my lyrics, I have altered the words slightly: "That the *glory* of God shall be seen in him" (borrowed slightly from Christ's words in John 11, regarding the illness of Lazarus), for it seems to me that in the greater conversation of this chapter, what is being displayed here is not merely the working of a miracle but the true Glory of God.

In Exodus, Moses asked to be shown God's Glory. No man could look upon God and live, but God said he would cover Moses as he passed by, and Moses would see his back. When the time came for God to pass by, this is what happened:


God hid Moses from His face, from His power, revealing instead his *CHARACTER*. God is unquestioningly powerful, so much so that we cannot look on Him and live. But more than that, He is also GOOD. His character -- His response to the fallen world of sin and suffering -- is, yes, JUST -- not leaving the guilty unpunished, and even visiting the sins of the fathers on the subsequent generations. But first and foremost he is compassionate, merciful, patient, ready to forgive those very same sins.

This is the Glory of God at work in John 9. Not merely the POWER of miraculous healing, but the compassion, mercy, and loving-kindness to reach out to a man rejected by his society. The Bible makes it clear that not all will be healed of their illness and disability in this life (though all will be healed if they are raised to new life). But in our suffering, and in the sufferings of others, we CAN reveal the Glory of God. We can show compassion and mercy. We can be patient and faithful. We can strive for justice when there is sin, and offer forgiveness when there is repentance.

The religious leaders who questioned the man did not see this. They saw in the blindness only punishment for sin, and did not care enough even to identify which sin or whose sin. The called him a man "born in wickedness". I have perhaps done them a disservice in my lyrics, embellishing their statements with arguments from the friends of Job as well as a fear of God's stern discipline. For had not the preceding centuries of conquest and oppression from the Babylonians, Persians, Greeks and now Romans been divine punishment for the sins of their forefathers? Perhaps they saw in Christ's healing of this presumably-just suffering the same dangerous blasphemy they saw in His forgiving of sins.

When the questioning by the religious leaders is over, Jesus finds the man and reveals himself as "the Son of Man" -- a reference to the divine messiah figure of Daniel 7. He receives worship, which only God can rightly do, and then makes this statement:

We do not often associate Jesus with judgment, at least not in His first coming. We depict him as meek and merciful, loving and forgiving. And so He is, but here even His compassion itself brings judgment. For the Pharisees and religious leaders would accept neither His divinity, nor his modeling of the divine character. Unlike their judgment, which presumed the sin on only the evidence of suffering, Christ's works were a light that revealed the true blindness of these men. For they could not see the compassion, mercy, and love (never mind the obvious divine power) displayed in this healing. They saw only a man who had made a handful of clay on the Sabbath -- a minor infraction of their embellishments to God's laws.

The chapter concludes with a statement to the Pharisees that, if they were blind, they would have no sin; but as they claim to see, their sin remains. I have rephrased this statement in my lyrics to a question:

The light of heaven shall arise
Will you cover up your eyes
To the glory that is shining
And be blind?

For in His life, His words, His death, His resurrection; in His character and His power; in His miracles, His teachings, and His example, we have a light. We can walk in this light, or we can cover our eyes and walk in darkness.

A child is born into darkness, Never to see the sunrise,
The smile of a friend or the tears in his mother's eyes.
In mingled joy and sorrow, two parents weep for their child
destined to beg for alms at the roadside.


And the wise say God is just to punish sin.
Oh but whose sin? And what sin?
Why this? Why him?


A cry of "alms" to the pilgrim, a bowl outstretched for a mite,
A crust for a man to whom God hath forbidden sight.

And they know him as "the man who was born in sin"
Oh but whose sin? And what sin?
Why this? Why him?

But they say "Pah!
You were born into wickedness.
Can't you see that this is just Justice -
You must have Deserved it!

For one man,
God will punish a nation;
For a father, ten generations.

The guilt is revealed in The curses."

Yes the punishment itself is proof of your sin.

But whose sin? And what sin?

And why this? And why him?

Rabbi, do you see this
man here by the roadside?
They say he was born blind
But they never said why.


Or was it his own doom?
Could he - while in the womb -
have done something so vile,
As to bring God's wrath upon a child?

For a man, would God punish a nation?
For a father, ten generations?
For they say that God is just to punish sin.


I heard the friends of the Rabbi,
Ask the same whos and whys
I have heard for all of my life.

Perhaps he'll discern it truly
For all the good it will do me
to know for whom I pay this price.

To be considered useless, a drain on society;
hated with piety.
God has hidden his face from me,
Treats me like an enemy.

For their sin, for my sin, what's the difference?

Did he say no?

"No, it is neither one
This is no punishment
But rather it was done

That the Glory of God may be seen in him.
That the Light may shine here while it can.
Compassion, mercy, patience and kindness
Forgiveness of sins, and
healing for blindness..."

I feel a hand on my face, I feel mud on my eyes
There's a lifting of weight, a burning of hope deep inside.

"Go and wash in the Pool of Siloam",
Says a voice that I must obey.
So I make my way to the waters
For to wash my dirt away.

Well, well, what is this?
That troublemaker at it again healing the sick
And on a sabbath of all days!
Such wicked lawless ways.

You there! You had a blind son!
Tell us is this the one?
Is this some kind of scam?
Are you disciples of that man?

Listen... Hear this!
For a man, God would punish the nation
For a father, ten generations:
you were born in wickedness.
who dares to declare your forgiven-ness?

We are crushed under Roman oppression
On the backs of our father's transgressions
If justice is undone, what consequences will come?
Eh? Think on it!

Now, you there! What do you say for yourself?
Who should bear the price of your sins; you or somebody else?
How dare you be healed of your shame?
Tell us, What is this healers name?

Come on, OUT WITH IT!


Since the start of days, since the dawn of time
Has there ever been a man born blind given his sight?
How could it not be right?

I don't know who he is; I was blind but now I see
That is far beyond what you have ever done for me.


For the glory of God has been seen in this.
A light has appeared here in our midst.

For suffering, compassion,
for sin, there's forgiveness
For the hopeless, there is hope now
We all have been witness.

God is much more than Just
and that's something you must understand.


You were born in wickedness, now you dare think of teaching us?
What is this "wisdom" you suddenly tout?
You consort with a blasphemer, why did we even ask you here?
Enough of this -- Get OUT!

"Do you believe in the son of man?"

"He stands before you, for I AM THAT I AM"


To the blind to give them sight
To the sighted, that I might
Show the depths of their blindness.


The light of Heaven shall arise
Will you cover up your eyes
To the glory that is shining
And be Blind?

Bandcamp Daily  your guide to the world of Bandcamp

Featured sounds from Fly Lo and Ahmed Idris, plus Mother Nature hops on to drop off new project